Categorizing His true servants, Allah, glory unto Him, states:

“And they who, when reminded of the communications of their Lord, do not fall down thereat deaf and blind.” (al-Furqan, 73)

When they are read the Quran or advised with it, believers are all ears; they listen to it with their hearts, think about what they hear and obey what they are called to.

Stated in another verse:

“Those only are believers whose hearts become full of fear when Allah is mentioned, and when His communications are recited to them they increase them in faith, and in their Lord do they trust.” (al-Anfal, 2)

In contrast, those who fail to reap their share of the Quran’s inspiration, remain unaware of its signs and secrets, recoil from delving into the truth of its mysteries and are neglectful in sticking to its commands and prohibitions, are in a state of bitter loss.

The conceited who behave arrogantly towards others, feeling themselves all high and mighty, are unable to reflect on the meanings of the Quran and therefore cannot receive their share of its guiding light, as the Almighty has divested the hearts of oppressors of the opportunity to understand the wisdoms of the Quran and become acquainted with its manifestations of Divine Power. They are deprived of an unrivaled Divine treat, since it is not fitting for the Quran, a treasure of Divine wisdoms and mysteries, to dwell in such swamps of misery. It may only enter the hearts of the righteous, and for them, it becomes a guiding light.

The sad condition of those without the least share of righteousness is due to their lack of contemplating the Quran properly, as a result of which they are debauched by the extravagances of their egos. If they were to conscientiously reflect on the Quran and follow it, they would not find themselves left dumbfounded at the face of Divine commands. On the contrary, they would accept the truth and by adopting a good moral standard, they would begin to reap their share of Divine secrets and wisdoms; and as a result, the gates of eternal peace and happiness would become wide open for them.

THE VALUE OF TIME

Evident from what has been stated so far is that neglecting contemplation and consequently wasting the fortune of life is, for a believer, unthinkable. As a warning against not appreciating the precious value of time and wasting it, the Almighty proclaims:

The look of a righteous believer must therefore be of depth and his silence ought to be of contemplation. He must especially gain depth in contemplating on the Divine truths spelt out in the Quran and strive towards acquiring knowledge of Allah. A believer, again, must perceive the Quran like a letter sent by the Almighty to His servants and embrace that eternal source of happiness with the enduring enthusiasm of faith.

Examples for Contemplation in the Holy Quran 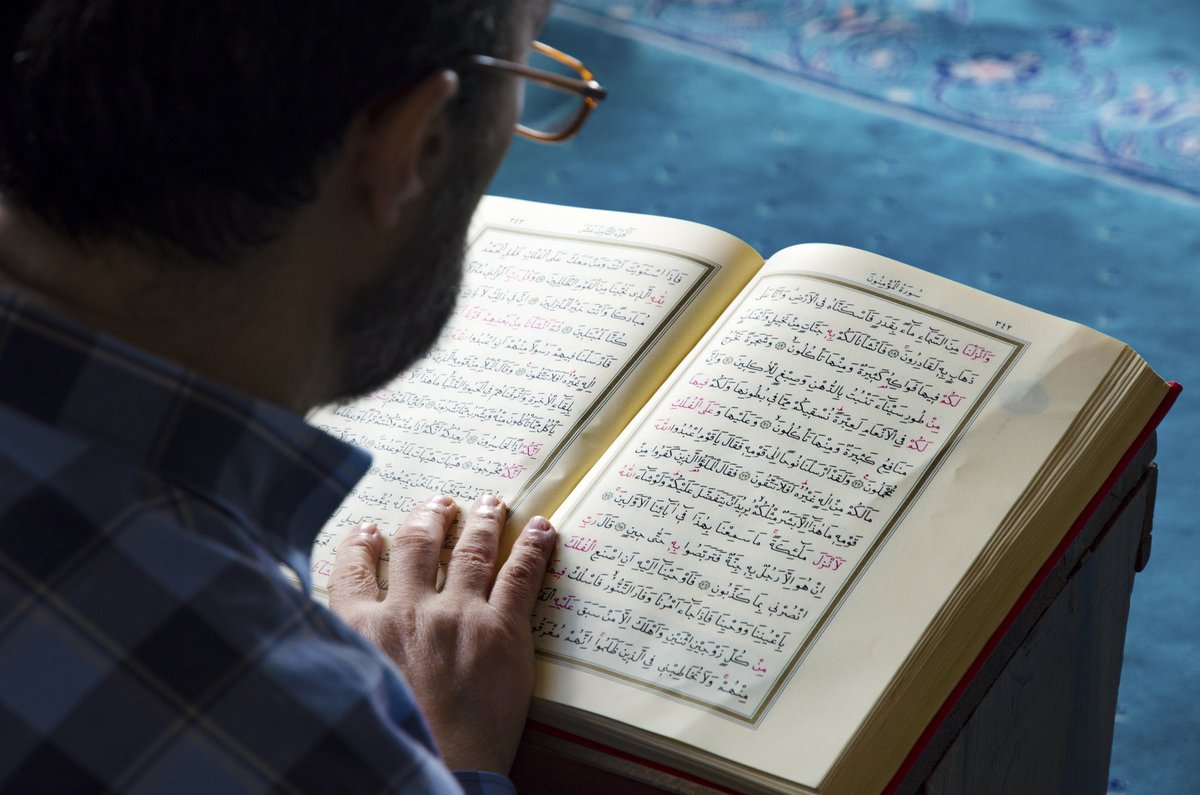 Examples for Contemplation in the Holy Quran

The Righteous’ Reading of the Quran