Contemplating the Knowledge of Allah, glory unto Him.

In many a verse, the Holy Quran touches upon the infinite knowledge of Allah, glory unto Him, and invites human beings to contemplation. Stated in one such verse:

“And with Him are the keys of the unseen treasures – none knows them but He; and He knows what is in the land and the sea, and there falls not a leaf but He knows it, nor a grain in the darkness of the earth, nor anything green nor dry but (it is all) in a clear book.” (al-Anam, 59)

Upon hearing the above verse, a believer should pause and think: There are so many treasures which are unknown, the keys of which are with the Almighty only; never before opened, not yet existent and ever out of reach of human comprehension. Nobody except for Allah, glory unto Him, knows about them. Together with possessing an infinite knowledge of these mysteries of the unknown, the Almighty also has knowledge of every single being, up to their minute details. Never does a leaf fall outside the Almighty’s knowledge, who knows when and where it fell and how many times it turned in the air before it actually hit the ground.

The Almighty knows when a grain that has fallen to the earth is to flourish and by whom it will be eaten. All that is seen or unseen, felt or unfelt, large or small, known or hidden, every event that has happened or is waiting to happen are within the knowledge of Allah, glory unto Him, with all their complexities.[1]

Reading the above verse allows one’s imagination to spread its wings. It opens new horizons and unseen realms; it wanders in the unknown corners of the land, into the bottomless depths of seas. With every experience, the mind beholds the knowledge and art of Allah, glory unto Him, in every corner of the vastness of space and beyond the visible universe. It gazes at the countless number of leaves that fall off from each and every tree on Earth, fully aware that the Almighty is seeing one leaf dropping here and another falling there. It appreciates that not a single grain, no matter how deeply hidden in the ground it may be, can elude Divine Sight and that every single particle, be it wet or dry, moves according to His command.

This journey through life fills the mind almost to the point of being overwhelmed, with awe. It is an expedition to the frontiers of time, to the most distant horizons of space, to the depths of worlds, known and unknown. The distance to be covered by the journey is tremendously long, the area immeasurably vast. If truth be told, the imagination is utterly helpless in perfectly invoking this area; for it is beyond measure. Still, this perfect scene has thoroughly, yet flawlessly, been depicted in the above verse in just a few words. (Sayyid Qutub, Fi Zilal, II, 1111-1113, al-Anam, 59)

As one continues to contemplate on the Holy Quran in this manner, he begins to realize a glimpse of the Almighty’s knowledge and power. One detached from contemplation, on the other hand, continues to be dragged relentlessly in the ego’s torrent, deprived of Divine wisdoms, and majesty, hidden and yet there for all to see.

“For persons of wisdom, each leaf of a green tree is a book of Divine wisdom. As for the ignorant, all the trees do not add up to a single leaf.”

In another verse, the Almighty avows:

With a read of the above verse, the vision of innumerable objects, motions and shapes rush into the mind. It is even impossible for the imagination to accommodate all these visions. Even identifying and counting a split second portion of the phenomena alluded to in the above verse is out of the question. If all of humankind was to come together for this task and devote their entire lives for its accomplishment, in the end they would be left exhausted as they came to terms, in resignation, with their sheer helplessness in counting the number of objects raised to the skies and the number of those that tumble down in a single moment.

What exactly are those things that make their way into the ground? What sorts of seeds fall into the Earth’s bosom? What kinds of species of bugs, insects and animals abide under ground? Who knows of the amount of water, gas molecules and radioactive rays that infiltrate the seemingly endless soil? Indeed, many things crawl their way underground; all with the command and permission of Allah, glory unto Him…

On the other hand, what kinds of things make their way out of the ground? How many plants sprout forth? The Holy Quran declares:

“Do they not see the earth, how many of every noble kind We have caused to grow in it?” (as-Shuara, 7)

“That We pour down the water, pouring it down in abundance. Then We cleave the earth, cleaving it asunder. Then We cause to grow therein the grain. And grapes and clover. And the olive and the palm. And thick gardens. And fruits and herbage. A provision for you and for your cattle…” (Abasa, 25-32; also see Qaf, 7-11)

Again, are the springs not without number? How many a volcano erupts, spilling forth its lava? How many varieties of gas are vaporized? How many an insect creeps out onto the surface of Earth from its hidden nest? How astounding it is that when fallen snow covers the entire ground, countless beings seek refuge in the bosom of the earth and, by Divine protection, remain there safe and sound for weeks or months. The Almighty has made earth a virtual cradle for their well being. When the snow eventually melts, we never see piles of corpses belonging to those insects. They make their way above the surface of earth like nothing happened and once again resume their existence as before.

Again, if we pause for a moment and think of the forces, angelic and spiritual, as well as voices and prayers which rise to the skies…Many things, perceptible and imperceptible, living and nonliving, human beings know very little of, with the remainder entirely outside the limits of their knowledge.

What comes down from the skies, one wonders? Raindrops, meteors, flaming and illuminating rays on the one hand, arrows of destiny, predestined decisions and breezes of Divine mercy on the other. Some are inclusive of all beings, while others are wafts of mercy exclusive only to some.

All of these take place in the blink of an eye. Could human understanding grasp such happenings, occurring worldwide in a split second? A myriad of life spans would not be enough to count these happenings. Yet, the infinite Divine knowledge, which immeasurably goes beyond human cognition, recognizing no limit whatsoever on the way, encompasses all these happenings, whenever and wherever they may take place. It is therefore necessary to always bear in mind that every heartbeat, with its hidden intentions, is under the surveillance of Allah, glory unto Him. (See, Sayyid Qutub, Fi Zilal, V, 2891-2892, Saba, 2-3)

The Righteous’ Reading of the Quran 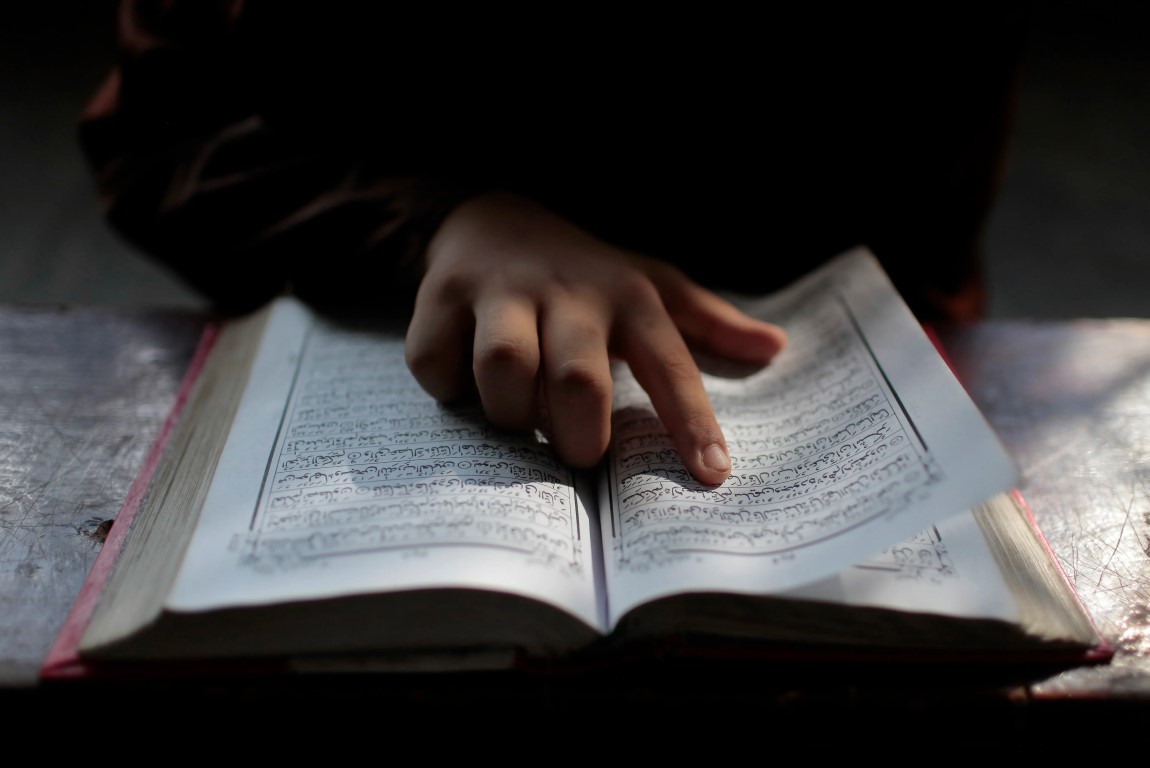 Different Things Are Made From The Same Material

The Hill of Joshua and His Tomb

Life In The Grave