Allah, glory unto Him, has endowed every human being with the ability to grow in contemplation. In the depths of every person lies a roaring river of contemplation, ever flowing, relentless in its course.

Allah, glory unto Him, has endowed every human being with the ability to grow in contemplation. In the depths of every person lies a roaring river of contemplation, ever flowing, relentless in its course. When not given direction and left on its own, it does not know where to flow as it passes through all kinds of courses, good and bad. Sometimes it perishes in arid deserts, while at other times it is dragged to an unknown fate, knowing little what the future holds in store, like driftwood caught up in a flood.

Spiritual finesse lies in directing the river of contemplation to fertile soil and growing abundant crops with it.

The Almighty sends the below warnings to those who do not utilize the gift of contemplating and sensing in line with His pleasure:

“Surely the vilest of animals, in Allah’s sight, are the deaf, the dumb, who do not understand.” (al-Anfal, 22)

The heart is like a mirror blemished with ignorance and disbelief. Its garnish is to first believe in Allah, glory unto Him, and then turn to Him with love. At the most basic level, a person must think of answers to such questions like ‘why are we were, on whose property do we live, who is it that sends our food and where are we going?’ A life lost in the desires of the ego without any concern for answers to such vital questions and a heart aloof from acknowledging the Real is destined for a pitiful end.

People of this kind turn a blind eye on things that display the Truth in the clearest and most comprehensible languages and never pause to reflect, for which reason they have been compared to beasts, cases in point in ignorance and in being gone astray. All their desires consist of is eating, drinking and satisfying their gluttonous pleasures of the flesh.

Allah, glory unto Him, states:

“Have you seen him who takes his low desires for his god? Will you then be a protector over him? Or do you think that most of them do hear or understand? They are nothing but as cattle; nay, they are further astray from the path.” (al-Furqan, 43-44)

“Life is a display of Divine art for the wise and just consumption and lust for the fool.”

Contemplation, from another vantage, is like a two edged sword; it can serve the good, as well as the bad. It can become a tool for the despicable ambitions of the ego, as well as the sublime purposes of the spirit. The Almighty cautions those who use their ability to contemplate for bad ends:

“And it is not for a soul to believe except by Allah’s permission; and He casts uncleanness on those who will not understand.” (Yunus, 100)

The disease of disbelief is the ugliest dirt that could smear a human being. One who does not busy his heart and mind with reflecting on the verses of the Quran, can never be purified of this dirt.

Minds nourished with the light of faith and led by the guidance of revelation find the way to come to know the Almighty, while those deprived of this are stranded on the way the to the Truth. This is the greatest delusion of those philosophers who somehow believe they can find the Truth without taking Divine revelation as basis. Minds remote from faith, in their books, can find a way to the Truth just the same.

Maximizing the ability to contemplate, on the other hand, requires keeping the mind and the heart distant from ineffectual activities that amount to nothing but wasting time. Thus declares the Holy Quran:

“And they who do not bear witness to what is false and when they pass by what is vain, they pass by nobly.” (al-Furqan, 72)

The Prophet –upon him blessings and peace- says:

The most effective medicine for the diseases of the ego is to focus all thinking on things beneficial and to move away from all things that should not be of any concern. Contemplating on useless things opens the door to all kinds of evil and depravity. Those who busy their minds with useless thoughts miss out on the good, on what they really need.

“If constantly thinking over things that are licit (mubah) leaves the heart in the dark, you go and imagine the damage done by thinking over the illicit (haram)! If even musk can change the makeup of water and take away its cleansing character, imagine water licked by a dog! Hence, says an elder, ‘He who makes a habit of doing things that are licit misses out on the taste of uniting with the Lord.’” (Bursawi, Ruh’ul-Bayan, ‘al-Muminun, 51’)

If one does not direct his powers to contemplate, represent and imagine to the good, Shaytan will direct it to the evil; and the person will consequently become unable to contemplate in a manner worthy of the Divine. Instead of benefiting from the gifts of the heart and reason endowed by the Almighty, he will only incur damage.

A Believer therefore must always have his thoughts occupied with the good, in the direction shown by the Quran and Sunnah.

The Manners of the Righteous’ in Contemplating 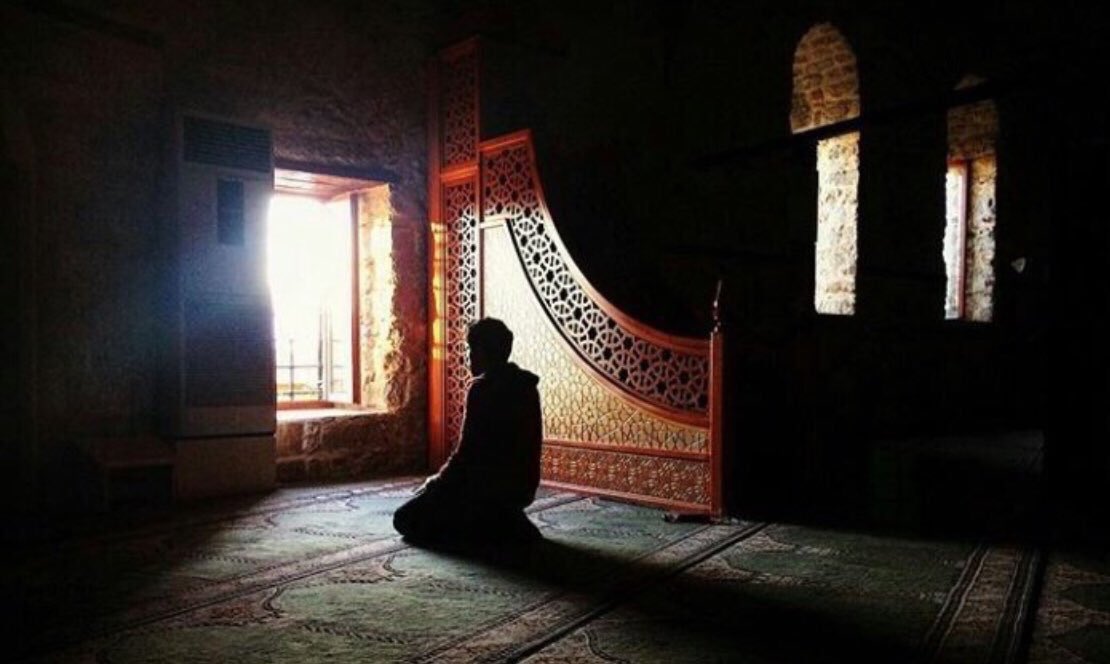 Method of Payment Of Zakat