As expressed before, it is impossible for human beings to grasp the Essence of Allah, glory unto Him. The only means for knowledge open to humans are the five senses, reason and heart; yet all of their capabilities are limited. With limited means, there is simply no way of grasping the One who is Absolute, Primordial and Everlasting. Limited means only amounts to a limited understanding.

Engaging in activities that surpass man’s capability, like thinking of the Almighty’s Essence and seeking to solve the riddle and mystery of fate, has therefore been prohibited by the Quran and Sunnah. Just as failing to contemplate Divine realities is a an invitation for disaster, not knowing one’s place and plunging into thoughts that exceed mortal capability can also lead one down the path of destruction.

It is for that reason that the Blessed Prophet –upon him blessings and peace- says:

“Contemplate on Allah’s creation and blessings but do not think about His Essence; for you can never estimate His Might as befits Him.” (see, Daylami, II, 56; Haythami, I, 81; Bayhaki, Shuab, I, 136)

The great Ibn Arabi has said:

“Whatever thought may pass your mind regarding Allah, He is something else.”

Indeed, as taught by Islam and as has been aforementioned, one of the essential attributes of the Almighty is mukhalafatu’n-lil-hawadith, that is not to resemble anything of creation. That we ascribe to Him attributes like wise, just and many others in which human beings also partake, is secured from amounting to shirk, that is ascribing partners to the Almighty, thanks to our belief in Him being mukhalafatu’n-lil-hawadith.

In contrast to the impossibility of coming to an understanding of the essential reality of Allah, glory unto Him, it is indeed possible to come to an inner certainty of His Unity and Existence, based on the manifestations of His attributes in the universe and phenomena. That marks the boundaries of human grasp, which like that of all other creation, is limited. And that is sufficient in Divine Sight to be accepted as a mu’min, a believer. Muslim scholars have for that reason often said, “The peak of knowledge is the knowledge of Allah.”

Human beings have an understanding that only enables them to move from the attribute to that which is attributed of, from the work to its creator, from the art to its artist and from the effect to its cause. By gazing at created beings, each of which is truly a work of art, humanity can come to an understanding of the majesty, splendor and mercy of the Almighty, to the extent of his aptitude. One may only take as much from the ocean that is the knowledge of Allah as is allowed by the capacity of his bucket.

“One day a desire awakened in me to see the light of Allah on men. It was as if I wanted to see the ocean in a drop, the Sun in a speck.”

Reflecting on the attributes, acts and works of the Almighty with a pure heart and sincere intention would make it inconceivable for anyone to be a disbeliever. Disbelief only begins when intellectual activity stops and the sensitive balance of the heart is disturbed. It is impossible for one, whose predisposition of mind and heart is still in tact, to be led to disbelief; and given he or she has opened his or her eyes in a world of disbelief, the likelihood of her being led out of it is very high. A good example of this is Ibrahim –upon him peace- who, despite being born into an environment in which idolatry reigned, ultimately acknowledged the existence and unity of Allah, glory unto Him, simply by virtue of his intellectual and inner capabilities; an account of which the Quran gives plenty of mention.

Disbelief is therefore impossible for one who can think straight. Claiming something not to exist does not, in any way, settle a dispute. Strong proofs and clear evidences are required. What purpose does claiming something not to exist serve when the mystery of life, death and the universe remains to be solved? This is just like the case of those who are unaware that they are suffering from excruciating hunger, simply because their bodies are too frail to feel it.  Being in denial of their hunger in fact only shows just how grave their illness really is. A person whose entire nervous system is paralyzed or who is sedated is never aware of a nail spiking his body or a knife cutting through his limbs like shredding paper. Those who bring diseases upon their spirits without being aware of it in the least are described by Allah, glory unto Him, as:

The Almighty has placed in the predisposition of each human being both the need and the power to believe and the desire to search for the truth. Being oblivious to or detached from faith and the truth is therefore caused only by a spiritual blindness and deafness. Otherwise the spirit of a nonbeliever, too, is ready to understand or is at least at its threshold; but this feature of his is suppressed from rising to the surface by a spiritual impairment by which he is struck, just like the vague dreams one cannot remember after waking up.

The human spirit is naturally inclined to belief, a need that meets us as early childhood, like a hunger urgently waiting to be satisfied. A child who sees her father offer ritual prayer, for instance, does not ask any question pertaining to the details of ritual prayer. Instead, she tries to learn the greatness of the Almighty; and upon trying to express this ‘greatness’ herself, she resorts to physical descriptions, as she is not yet able to understand it in abstract terms. She asks how many Allah’s there are and curious of what awaits her after she dies, she eagerly asks questions to find out what kind of places Heaven and Hell are. She finds herself in a relentless search, for no other reason than that spiritual hunger is embedded in her predisposition. When this embedded aptitude rises to the surface, a person becomes a mu’min, a believer. When it is left incarcerated deep within consciousness, just like an encaged bird, it makes a person a nonbeliever. After long years in captivity, a bird forgets how to fly and cannot take flight, even if it were to be released; for its wings have become calcified. When the feeling of faith is held back from rising above consciousness, the ability to believe, too, in time, becomes blinded.

We must therefore seek to know Allah, glory unto Him, who created us out of nothing, to the best of opportunity and ability. To attain to wisdom and knowledge of Allah and thereby reach the Almighty, it is necessary we come to a correct understanding of His attributes and actions.

Had Allah, glory unto Him, infinitely Wise in all His acts, revealed first off to the Blessed Prophet –upon him blessings and peace- to ‘Read in the name of your Lord, who has no kin or partner’, it would have brought with it a ready made objection, reducing the possibility of guidance for minds inured to disbelief. But the Almighty instead began His Revelation with an emphasis on an indisputable attribute: the Creator – “Read in the name of your Lord Who created…” (al-Alaq, 1). Idolaters, who very well knew that idols were not creators of anything, then began coming to terms with the fact that it is Allah, glory unto Him, who is the real Lord, the only One deserving praise and thanks.

“The great Allah reminds in chapter al-Alaq that He delivered man from the lowest level to the highest. He thereby draws attention first to creation, an act that refers the mind back to the Almighty. Secondly, He underlines reading-writing, which refers the ability to hear the Almighty. In other words, He unites rational and narrative sciences.”

The Almighty has rendered contemplation on His creation a means for disbelievers to receive the honor of faith. For believers, on the other hand, it serves as a means to increase the certainty of their belief.

Contemplation: The Key to the Truth and Salvation 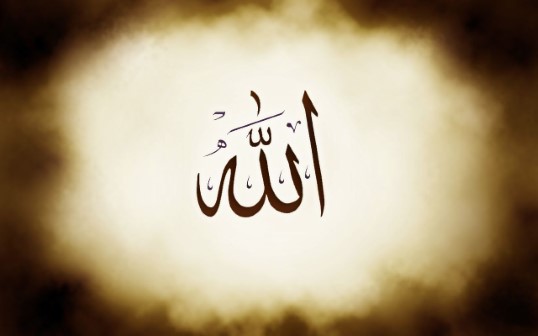