The inception of divine revelation “Truthful Dreams”. What we need to know about the true dreams of the prophet Muhammad (pbuh)…

After an upright youth and exceptional perfection that manifested through a blameless family life, the Noble Prophet -upon him blessings and peace-, the cause of all creation, became prophet at forty. Six months prior to his fortieth year, the Divine Majesty inaugurated a sacred school for him in Mecca at the Cave of Hira.

These edifying and enlightening sessions, in a manner that eternally remains a secret between him and his Lord, saw the Blessed Prophet -upon him blessings and peace- receive Divine training, without any book or pen, at the end of which he became ready to receive Divine Revelation.

During the early part of the six-month phase of preparation, the Prophet to be -upon him blessings and peace- underwent experiences in a form that has since come to be known as ‘truthful dreams’ (ar-ruyâ-us’sâdiqah), where things would develop in the exact manner in which the Blessed Prophet -upon him blessings and peace- had  previously seen in his dreams. In relation, Âisha –Allah be well-pleased with her-  narrates:

“Revelation sent to the Messenger of Allah first began in the form of truthful dreams in his sleep; lucid dreams, which turned out true as clearly as the morning light.” (al-Bukhârî, Bad’ul-Wahy, 3)

Since Prophethood is a responsibility of enormous magnitude, the Archangel Jibril –upon him peace- at first appeared to him only in his dreams, in order to ease the process of preparing him for the difficulties to come, and embed the love of the mission in his heart.

According to a report from Alqama ibn Qays, whatever is sent to Prophets, whether advices, commands or prohibitions, is always revealed first in dreams, only later to be disclosed in the authorized form of Revelation.[1]

Dreams thus count as one of the ways through which prophets receive Revelation, illustrating which is the following from the Quran:

It should be borne in mind that even though the eyes of Prophets may sleep, their hearts do not.[2] Therefore, there is no barrier to prevent them from receiving Revelations even in their dreams.

As regards the truthful dream, the Prophet -upon him blessings and peace- is reported to have said, during the later part of his life:

It is interesting that this six-month period corresponds exactly to the one-forty-sixth of his twenty-three-year period as Prophet. 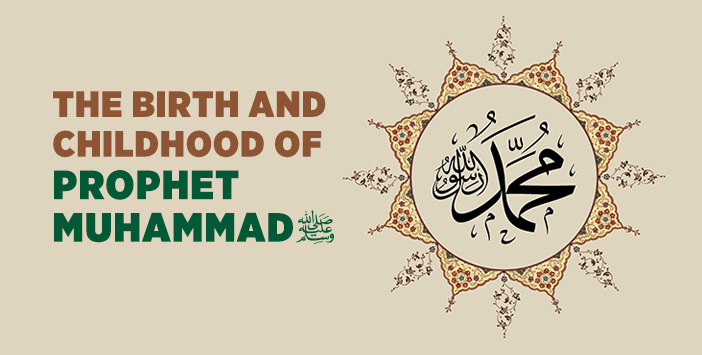 Attributes of The Prophets