Who will replace the Black Stone Kabaa? How was prophet Muhammad (pbuh) help at the Leaders of Mecca? Here’s the answer …

A flood that struck Mecca around then had led to a partial destruction of the Holy Kaabah. The clans of Mecca thus decided to jointly repair it, by demolishing it down to its foundations and reconstructing it. Inadvertently around the same time, news arrived of a vessel loaded with iron, planks, timber, stones and other kinds of construction material, shipwrecked at Shuaybah Pier nearby Mecca. Without wasting time, the Meccans went there and bought the materials necessary for the repair of the Sacred House and the reconstruction soon got under way. They cast lots to determine the type of work that would fall to the share of each and every clan. They shared the work of demolishing and building by casting lots. Before the launch, a wise man from among them said:

“People of Quraysh! Do not mix dirty money into the reconstruction of the Sacred House. Let not money earned from interest or usurped from others against their will be used to fund the repair!” (Ibn Hishâm, II, 210; Ibn Kathîr, al-Bidâyah, II, 305)

But fearing wrath may befall them if they went ahead and destroyed the Kaabah, the Meccans remained undecided. The respect and reverence of the Kaabah prevalent among Arabs was a sacred duty upheld since the Law of Ibrahim –upon him peace-. Walid ibn Mughirah, the notable of Quraysh, cut the knot and asked:

“What do you aim for by destroying the Kaabah; good or evil?”

“For the good, of course”, they replied.

“My fellow tribesmen! Don’t you wish to destroy the Kaabah only for the sake of its improvement? Then, feel at ease, for the Almighty shall never destroy those seeking improvement”, Walid assured, shortly after which he struck the first sledge in demolishing the House, and the rest followed suit. (Abdurrazzaq, V, 319) 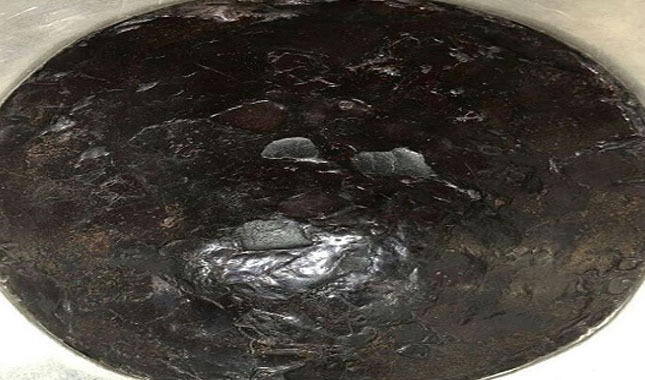 They raised the walls of the Kaabah reinforcing each row of stone with timber beams, following the order up to the top. The Light of Being -upon him blessings and peace- also labored in the reconstruction with his uncle Abbas. When time came to restore the Black Stone in its spot, each clan vied with one another to have the honor exclusively to itself, sparking a debate that turned into a sour dispute which at one stage looked like it would spill over into a bloody conflict; so much so that the clan of Abduddar made a pact with the clan of Adiyy ibn Kaab to fight until death, with both clans dipping their hands in a bowl filled with blood brought by the Abduddar clan as a symbol of their resolution. Quraysh was left to wait in doubt regarding the fate of the Black Stone for three or four days.

“Friends! We only want what is best, not evil. Do not lock horns out of jealousy! Stop the quarrel! Since we seem unable to settle the issue among ourselves, let us designate the first person to walk past the gates of the Sacred Precinct as our arbitrator and comply with his verdict, whatever it may be!” He was pointing at the Banu Shaybah gate of the Sacred House.

As soon as they saw him, the men of Quraysh exclaimed:

“There is the Trustworthy. We are all happy for him to settle our dispute!”

After they explained the matter to him, the Blessed Muhammad -upon him blessings and peace- elected a person from each clan, then removing his rida, he laid it on the ground, placing the Black Stone on it. Then he told each member to hold an edge of the rida, thereby getting them to jointly carry the Sacred Stone to its place, whereupon Muhammad -upon him blessings and peace- reinstated the Stone into its spot with his own hands. He thus effectively prevented the breakout of a battle between the clans.[2]

Such exhibition of wisdom and exceptional virtue were but foresigns of a prophethood that was to raise the Noble Man in the near future above every other prophet before him. People were little aware that the young Muhammad -upon him blessings and peace-, born and raised in Mecca, would in due course become a prophet. Many devout souls still persevering on the path of tawhid were conscious of the coming of the Prophet of the Final Hour, sensing the time was near. One such man was Quss ibn Saidah.